We now live in a world where we can spit saliva into a vial and pay to have it shipped to a lab and analyzed - all from the comfort of our own home.

That saliva, we’re told, holds the secret to a treasure trove of family history which is sat there, just waiting to be discovered.

This is the age of consumer genetics: where a whole market has opened up allowing people to unlock their DNA to discover unknown relatives, hereditary predispositions to illnesses, health and fitness tendencies, and even our dog’s genetic breakdown.

It’s both wonderful and weird, and there’s something undeniably tempting about finding out information about our DNA - after all, it’s what makes us us, right? 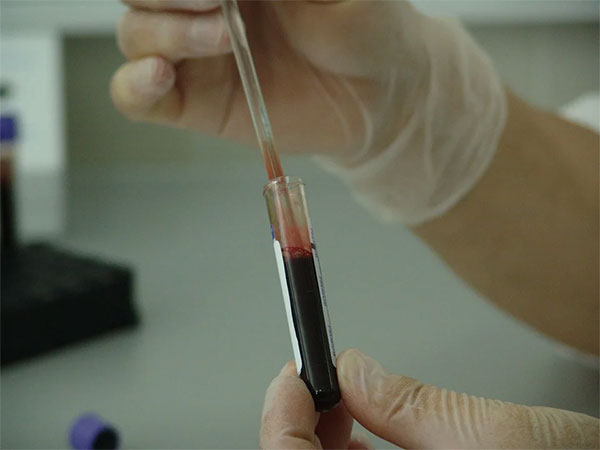 By the start of 2019, more than 26 million people had added their DNA to the four leading commercial ancestry and health databases - and there were as many tests purchased in 2018 as in all previous years combined.

Without a doubt, DNA testing for ancestry is the most popular choice, with brands such as AncestryDNA, 23andMe, and MyHeritage leading the industry with their home testing kits.

The question on everybody’s lips, however, is how accurate is it really? You've read the reviews, watched the ads, but well, you're still a little dubious.

Today we plan on delving into the research and taking a realistic view at DNA testing for ancestry. Does it live up to its selling points? Is it accurate? And is accuracy improving?

Table Of Contents
1
How it works
2
How accurate is DNA testing for ancestry?
2.1
Margin for error
2.2
Broad, not specific
3
Benefits of DNA testing for Ancestry
4
So, what’s the verdict?

In layman's terms, DNA is the code found in our cells. Roughly three billion individual letters of DNA are organized into 23 pairs of chromosomes (XY for men; XX for women) and approximately make up 20,000 genes.

A genealogical DNA test looks at specific locations of a person's genome, to find or verify ancestral genealogical relationships or estimate the ethnic mixture of an individual.

There are three principal types of genealogical DNA tests available: autosomal, mitochondrial (mtDNA), and Y-DNA, and each of these looks at a different part of the genome.

The most popular type of genetic testing is Autosomal, and this is the most popular method for ethnicity and ancestry estimates. Autosomal testing looks at chromosomes 1-22 and X. The autosomes (chromosomes 1–22) are inherited from both parents and all recent ancestors, and the X-chromosome follows a special inheritance pattern.

This is the main type of testing used by companies such as AncestryDNA, however, since different companies use different ethnic reference groups and different matching algorithms, ethnicity estimates for an individual will vary depending on the company they opt for.

This is what leads to criticism of home DNA testing kits, and explains why one person can send their sample to five different companies, and get five different results.

How accurate is DNA testing for ancestry?

Seen as all humans have 99.9% of their DNA in common, companies speed up the testing process by looking out for the locations on the genome where people most commonly vary from one another.

These spots are single-letter changes in our DNA that explain why someone has brown eyes, and why another has blue, or why one person is small and the other is tall.

Once your sample arrives with a genetic testing company, they separate the DNA from the saliva, make copies of it, and then break those strands up into little chunks. These chunks are then fed into a machine called a genotyping array, which tells the geneticists which SNPs you’ve inherited, and at what point in the genome.

SNPs are passed down through the generations, so they’re useful for indicating ancestral relationships. The more SNPs we share with another person, the more likely we are to share a more recent ancestor. The testing companies then estimate your SNP results by comparing them with a genetic database of people with known ancestries.

So in other words: rather than it being an endpoint, DNA testing for ancestry is a starting point, and knowing what you're getting before you click "buy" is key to preventing disappointment. 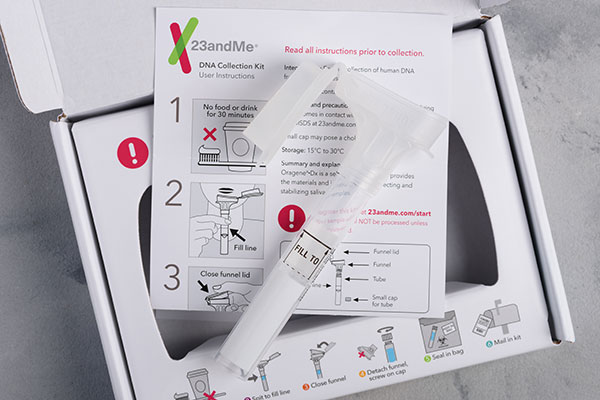 Even though DNA testing companies promise extremely high rates of accuracy and quality control, like all scientific processes, they are not immune to error, which explains the case in which two identical twins - who would inevitably have identical DNA - received different ancestry results from five different companies.

Again, companies such as AncestryDNA do have high-quality control standards - claiming that each sample is held to a quality standard of at least a 98% call rate - but this doesn’t guarantee a result that is 100% accurate.

You may also have heard of people who have had changes in their ancestry results years or months after first receiving them. This is usually explained on the websites of the companies: as their databases of DNA samples continue to grow, you could receive updates with new information as more matches are found.

The other thing to consider is the difference in the data being analyzed by various companies. The DNA samples would be the same if they were looking at the same set and number of SNPs, but how companies analyze that raw data varies, which explains why one person can receive different ancestry results from different companies, even though their DNA is the same.

Another limitation of DNA testing for ancestry is that we usually get a broad picture of our ancestral history, rather than the specific one we might have hoped for.

Not only this, but it also depends on where in the world your DNA can be traced to, and whether or not the data is there in the first place to make this match.

Just a couple of years ago DNA testing company 23andMe could only match samples to three broad regions in sub-Saharan Africa, which is, of course, an area of huge ethnic diversity that cannot be lumped together.

The reasons behind these huge generalizations is that there simply aren’t as many African people in the data sets used by these companies, which also explains why someone of Aboriginal Australian ethnicity or Maori ancestry will most likely only be linked to the broad continents of these regions.

These tests also rely on algorithms when it comes to providing you with final calculations of your ethnic make-up. And because there is little genetic variation across continents such as Europe, the algorithm is more likely to fail to distinguish between English and Irish for example, as opposed to English and Taiwanese. 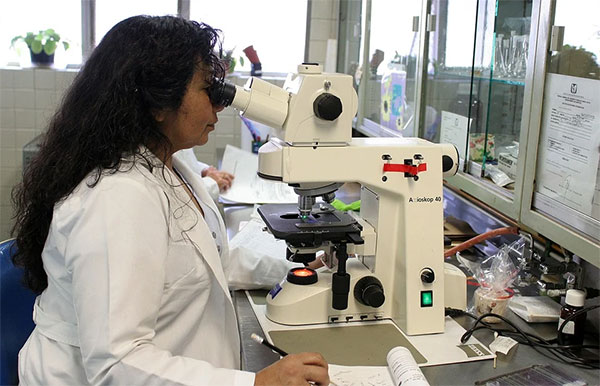 Benefits of DNA testing for Ancestry

Despite this, DNA testing for ancestry still has many benefits, if done for the right reasons.

Tests such as those from AncestryDNA, 23andMe, and MyHeritage are perfect for taking the first steps into family tree research, particularly if you have gaps in your family history that you want to fill in. With the use of census data, historical records, and photographs alongside your DNA ancestry results, who knows what you might discover?

The important thing to know is that you may not get the full picture from DNA ancestry tests alone. However, these results offer scope for further research that can help you join the dots and paint a more vivid picture of your ancestry.

Your DNA ancestry results can lead you to certain continents or distant relatives you would otherwise have no idea existed. This is what makes researching your ancestry and heritage so interesting.

While a lot of these tests are often marketed around finding our “true” identities, they are not the be-all and end-all and should be treated as a foundation for further exploration rather than a conclusion. This shouldn’t be seen as a bad thing, if anything, it should make the process even more exciting.

So, what’s the verdict?

Talking to VOX, Joe Pickrell - a geneticist and the CEO of Gencove, a company that sells genetic testing hardware and software to other companies - says, “what’s important to understand is that genetics can guide answers,” suggesting that home DNA ancestry kits should be taken as the first step for more ancestral research.

Often the marketing of the major DNA testing companies can trick us into thinking we’ll be finding out something unique about our family past - however, this isn’t quite the case, and this is what leads to disappointment for some.

However, if you look at DNA ancestry testing from the perspective that it’s a stepping stone, it can open up a lot of interesting paths for further research. For example, websites such as AncestryDNA can enable you to start looking deeper into your ancestry by utilizing census data and creating a family tree, which could link you to distant relatives around the world.

Plus ancestry testing is generally accurate on a continental level according to geneticists, just less so on a national level.

The main consensus is that it can be extremely useful for finding those initial leads, and paves the way for historical, family tree research.