Founded in 2000, FamilyTreeDNA was one of the first companies to offer a direct-to-consumer test kit.

The Texas-based company specializes in tracing your maternal and paternal lines using your DNA via a simple mouth swab test. 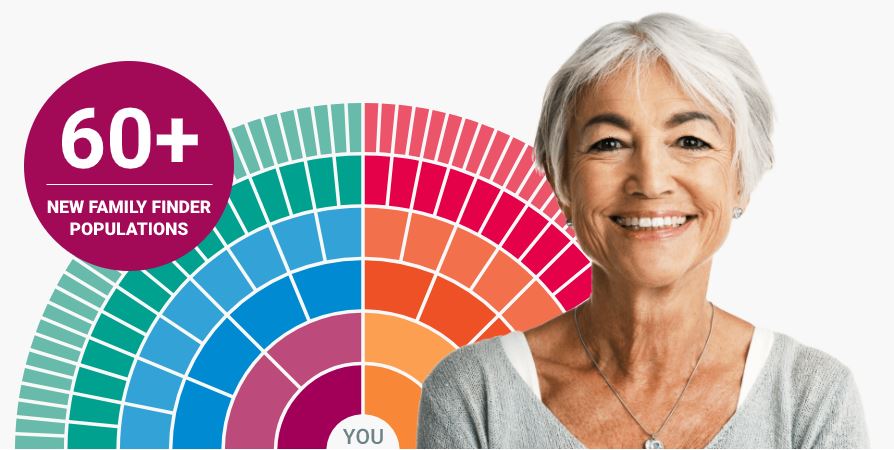 While the company offers the usual ethnicity estimates via their basic DNA test kit, the company has become a favorite among those looking to trace back their family tree and genealogists thanks to their comprehensive mtDNA and y-DNA tests, which can trace your maternal and paternal haplogroups back thousands of years.

What tests are offered by FamilyTreeDNA

Each test can be purchased from the FamilyTreeDNA website as a kit. This contains instructions, two cheek swabs, two vials, a specimen bag, a free return mailing bag, and a registration form.

After sending your test back you can expect to receive your results in four to six weeks for a basic test, or up to eight weeks for more comprehensive tests.

How Do These Tests Work

Only those with male sexual characteristics have a Y chromosome and this is passed down from father to son without much deviation in its genetic makeup.

Y-DNA tests examine the Y chromosome to reveal a man’s paternal line and can help to identify surname lines, living relatives whose Y chromosomes are similar to yours, and any ancient migration routes your ancestors could have taken. 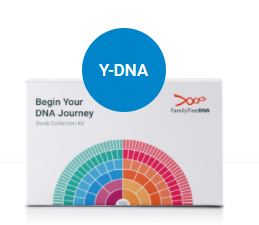 Each test examines makers known as Short Tandem Repeats (STRs) which are a series of repeating nucleotides ( the building blocks of DNA made up of phosphate groups labeled A, T, G, C)

For example the STR string GACTACTACTACTGG - contains three repeated CTA segments. Y-DNA tests look for matching STR strings between two men, if they match, indicates that there is a genetic relationship between the two of them.

The difference between the three tests is the number of STU markers each analyzes. FamilyTreeDNA recommends the Y-37 test as a good place to start to examine close paternal relationships.

While the Y-700 is marketed towards professional users as it analyses even more STRs, however, it's worth noting this does not provide more refined matching.

mtDNA tests your mitochondrial DNA. This is passed from mother to child but men do not pass it on to their children.

By examining this test allows you to trace your direct maternal line back to its geographic origins as well as help identify living relatives with mtDNA which is similar to yours.

Everyone who takes the mtDNA test receives information on their mitochondrial haplogroup. When humans initially migrated from Africa they left in small groups and slowly spread throughout the world.

Each of these groups developed specific mutations that allow them to be identified. These mutations are called haplogroups and identify what migratory routes a person's ancestors took. 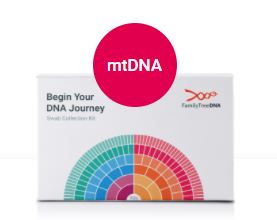 People with a more common haplotype come from a lineage that thrived after leaving Africa and has reproduced a lot. If this is the case it is best to test up to the Full sequence level or also do a family finder test.

If you have only a few or no MtDNA matches you may be the first person or one of the first people to have that haplotype in FamilyTreeDNA’s database. As the database grows you will be informed by email of any new matches.

This test also comes with a video that shows the migration routes your maternal line would have taken out of Africa and is a fun way to share your results with friends and family.

This test analyses your autosomal DNA which is inherited from both your parents. This test is used to find matches within FamilyTreeDNA’s massive database over the last five generations.

This test examines more than 50,000 markers to trace your ancestral line, including details on your ethnic origins. The test uses a proprietary algorithm that finds people who have a common ancestor within five generations of both the maternal and paternal lines of your family.

The person taking the test will then receive the names and email addresses of other users who have also taken the test who are closely related to them to help them contact them.

There are two ways to provide genetic information for this test. You can either purchase a kit in the same way you would for the other tests or transfer data you may have already received from another genetic testing company. FamilyTreeDNA accepts data from Ancestry DNA, MyHeritage, and 23andme. 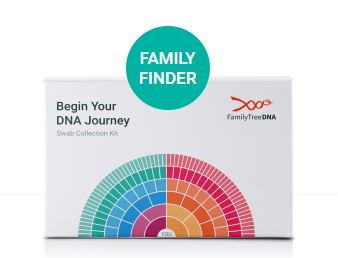 Once the test has been complete the user can then access their full genetic profile. Though if you want the best results then it’s best to buy a new kit from FamilyTreeDNA as this ensures they can run all the tests themselves and have all the relevant data they need to provide you with the most accurate result possible.

The myOrigins mapping tool that provides a detailed ethnic and geographic breakdown of where your ancestors originated, and also provides the historical context of each ethnicity.

The ancientOrigins tool that maps your ancestors' migration routes from Africa and shows the amount of autosomal DNA you still carry from ancient European civilizations.

The Family Finder also allows you to sort or filter matches into the most recent ones you have received.

The test is ideal for anyone who wants to learn about their family’s ethnic and cultural background. The test matches you with close relatives and breaks down your ancestral origins as well as your family’s unique genetic identity.

FamilyTreeDNA is generally a good choice for those who want to learn about their family ancestry.

Below is a list of advantages to using FamilyTreeDNA’s services.

Although it is important to note there are some downsides to using Family Tree DNA.

What They Do With Your Data and DNA

FamilyTreeDNA states that they will not share your personal information with third parties without your consent.

They will also not share your genetic information with pharmaceutical or insurance companies, employers, or marketeers.

All your genetic material and DNA will be stored securely in their in-house lab for 25 years at no additional charge.